“The will to win, the desire to succeed, the urge to reach your full potential… these are the keys that will unlock the door to personal excellence.”
– Confucius

As somoene who works with professional athletes on a daily basis, and competes regularly in the world of Brazilian Jiu Jitsu as well, I felt a calling to take a little time for recognizing, and honoring, some of the great athletes and coaches, across many different disciplines, who’ve undoubtedly inspired me and countless others over the years.

So here, at BillyCraftonAthletes.com, I look to both pay respect and tip my cap to some of the greatest individuals who not only understand how to channel the power within, but how to focus that power to become a true leader of men and women.

Without these greats, I don’t know where I’d be today, so here’s my big, heartfelt thank you to those who led the way… 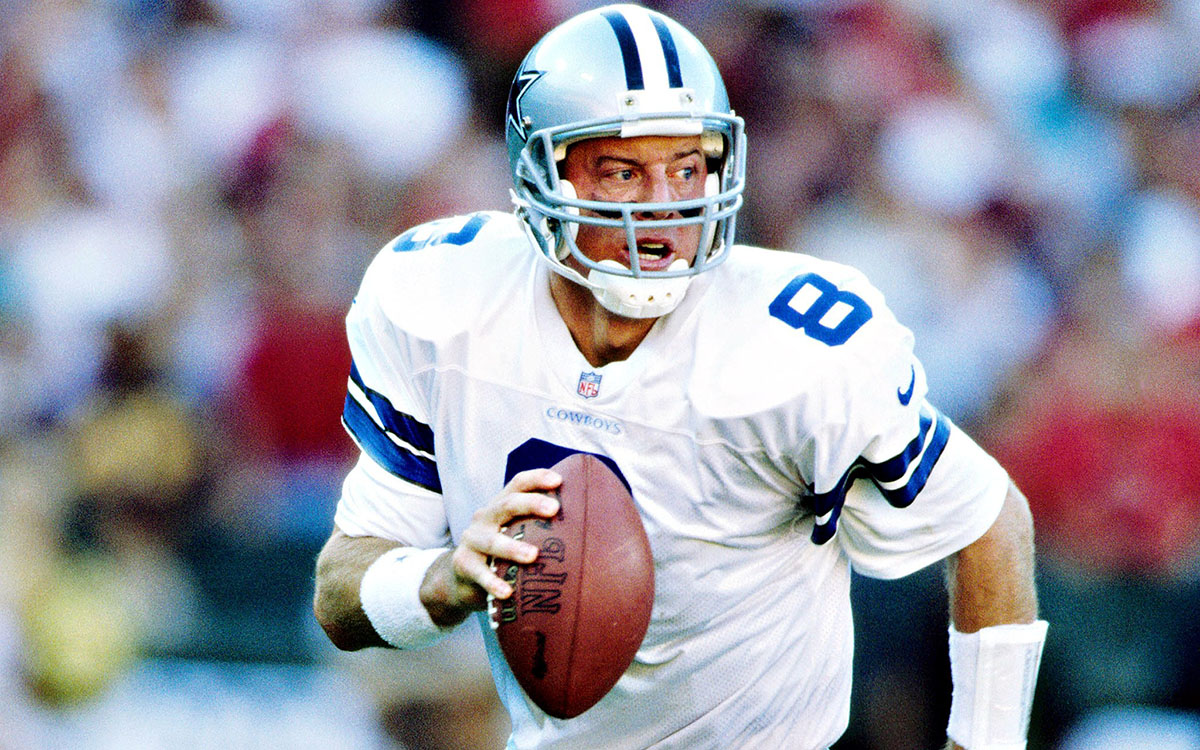 Troy Aikman is one of those rare athletes who does it right from the start, and every step of the way too. As Jimmy Johnson used to coach the Cowboys great, it’s not enough to talk the talk, you need to walk the walk as well. Troy walked the walk quietly. He never even needed the words, as his actions spoke for themselves. Now as part of Fox Sports #1 NFL announcer team, alongside Joe Buck, Troy continues to bring football fans insight each and every week of the football season, and his days as an elite player now serve NFL fans in a whole new way.

“We go in with eyes wide open and recognize there will be a lot of hard work involved. But we anticipate having success. We feel like we have assembled a great group of people. If we were going to do it any other way, we would have made an announcement a long time ago. We were very diligent.” 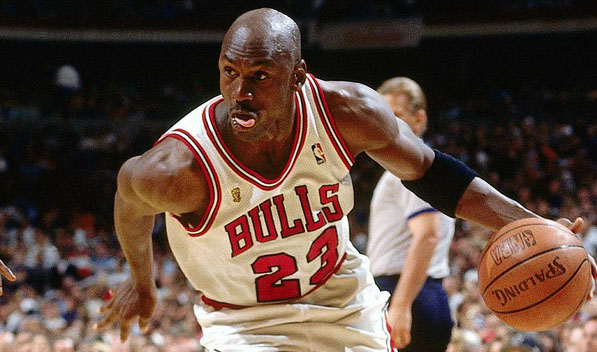 In the NBA age of Lebron James, Michael Jordan still stands tall above Lebron’s NBA legacy on the court, and it’s not just about the number of championships (MJ 6, Lebron 3). Jordan respected the game in ways Lebron still, after many years in the league does not. As the GOAT (Greatest of All Time) debate rages on, Jordan maintains his reverence for the NBA, while still actively involved in the game as part owner of the Charlotte Hornets.

“If you ask me, I would never say that I am the greatest player. That’s because I never played against all the people that represented the league prior to Michael Jordan.”

His accomplishments, contrasted by his many failures that he always cited with such importance, serve as an inspiration to us all, particularly when it comes to the all-important value of perseverance.

“I’ve missed more than 9,000 shots in my career. I’ve lost almost 300 games. Twenty six times I’ve been trusted to take the game winning shot and missed. I’ve failed over and over and over again in my life. And that is why I succeed.” 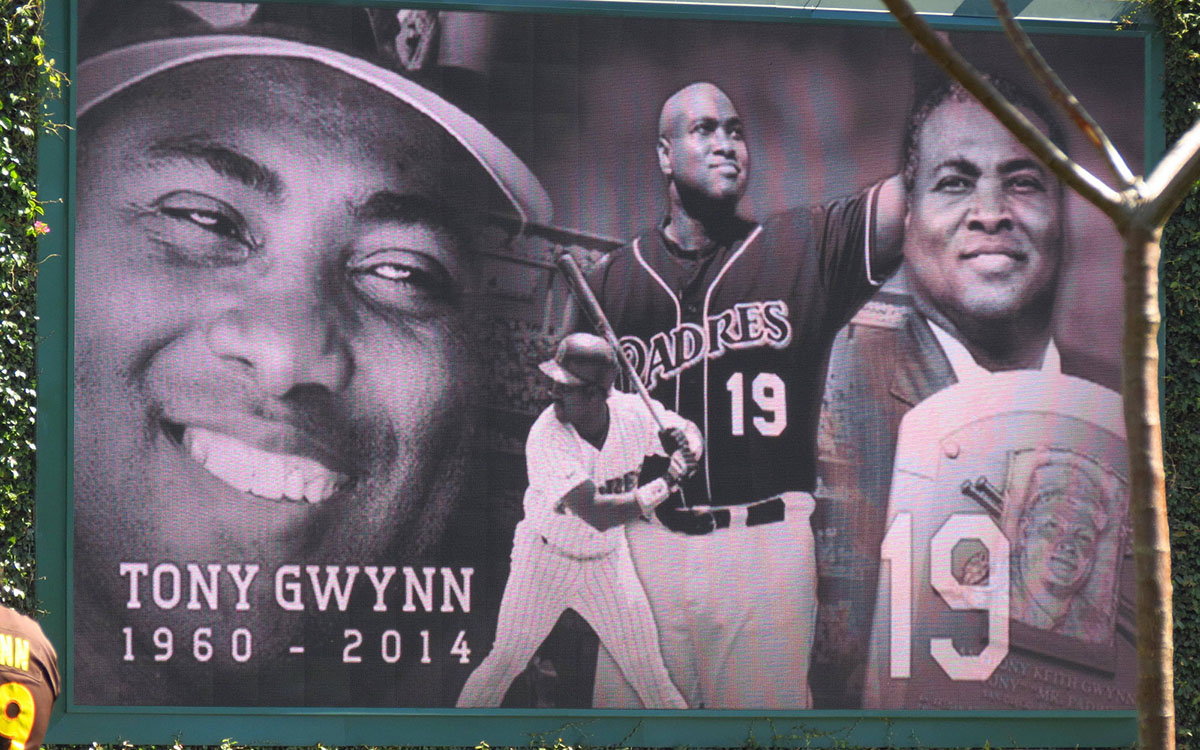 For all the great athletes I honor on this site, Tony Gwynn likely registers as the most amazing person on the list, which of course says a lot considering the company he’s in here. Beyond being one of the best contact hitters to ever play the game (he finished his career with a whopping .338 batting average), Tony served as one of the greatest people to ever play the game. In his article fo the Los Angeles Times, writer Bill Plaschke paid tribute shortly after Tony’s death —

“I was not surprised that Gwynn turned down millions of dollars to spend his entire 20-year career in San Diego, where he became the smiling face of an often-forlorn organization. He didn’t care about the money. He cared about the community. He cared about his friends.”

I strongly encourage you click here and read the full article, as it tells the story of Tony’s wondreful spirit as well as any. Tony passed away in 2014, and as Bill also notes in his article:

“He was perhaps baseball’s finest ambassador, even to the point of using his own illness as a warning to current players, as he insisted that his cancer of the salivary gland was caused by his constant use of chewing tobacco.”

Even as his life neared a tragically young end, Tony still worked to help others. He is dearly missed by many, including yours truly.

“Tony Gwynn may be the single most important sports figure in history to a single community.”

Five-Time AP Coach of the Year

Five-Time NABC Coach of the Year

Although John Wooden certainly reached his own athletic milestones back in the 1930s, his acclaim and overwhelming respect came as a result of an absolutely incredible, unmatched career as a college basketball coach, particular for the UCLA Bruins. At UCLA, Wooden’s teams at one point won 88 cnsecutive games, and even more impressively, they won seven consecutive NCAA championships.

John’s focus on not only developing young men into great players, but also great people, contributed greatly to the level of reverence for the coach, and it led John to become a very well-quoted thought leader across multiple disciplines. His solid philiosophy worked well beyond basketball. In 2009, The Sporting News named John Wooden the “Greatest Coach of All Time,” a well-earned honor that he lived to enjoy, before passing away the following year.

The Greats In Action…

Mark Messier put together one of the greatest National Hockey League careers of all-time, cementing his legacy as one of the greatest ever, and as a true iron man of the game (he was the last active player to have played in the 1970s). He played a remarkable quarter of a century in the NHL, from 1979 to 2004, across three different teams: the Edmonton Oilers, New York Rangers, and Vancouver Canucks.

Putting together a nearly unparalleled list of accolades, Messier won a remarkable six Stanley Cup championships, and he’s the only player in NHL history to captain two different teams to the championship. In addition, he sits at second for all-time  playoff points with 295, second for most regular season games played at 1,756, and third for regular season points with 1,887.

Mark also won NHL MVP twice, and unsurprisingly, not only was he inducted into the Hockey Hall of Fame in his first year of eligibility, he was also named one of the ‘100 Greatest NHL Players’ ever.

He also appears on this site for another important reason of course… in 2017, Governor General David Johnston named Messier an Officer of the Order of Canada for “contributions to hockey as an outstanding player and captain, and for his leadership in encouraging children to take up the sport,” and in 2006, the NHL started the Mark Messier Leadership Award, which they annually award to a player “who leads by example on the ice, motivates his teammates and is dedicated to community activities and charitable causes.”

Mark Messier, we salute you!

“Bravery is not the absence of fear, but the action in the face of fear.” 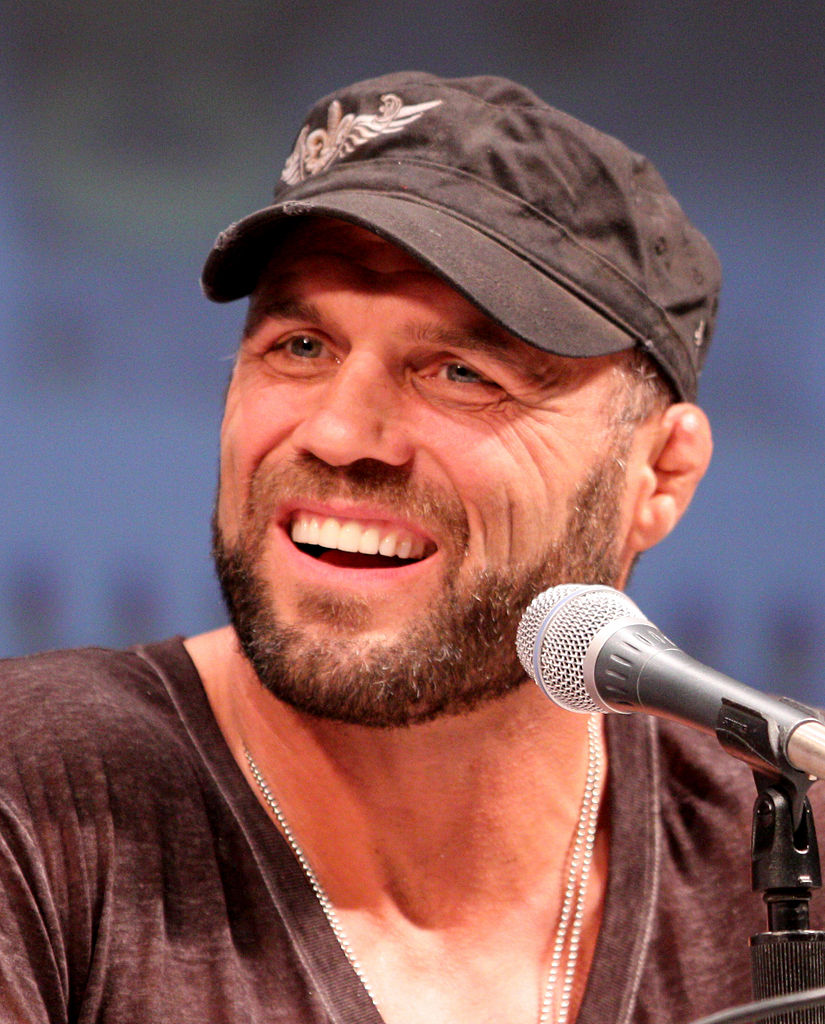 Few people inspire across all the same, multiple walks of life as the one and only Randy Couture. From a soldier in the U.S. Army 101st Airborne, to an incredibly successful international fighting Champion and Hall of Famer, and on to his current walks of life as a successful businessman, actor and best-selling author, and philanthropist… it’s highly unlikely that you’ve never heard of Randy Couture.

As a 6-time UFC Champion, Randy made a name for himself in the fighting world professional fighting world, and in 2006 he also became the 4th pro fighter inducted into the UFC Hall of Fame. Some might stop there, but Couture went on to act in several high profile films and TV shows, created his own clothing line, started a chain of gyms, authored multiple books, and, perhaps most importantly, started the Xtreme Couture GI Foundation, “dedicated to helping injured veterans of America’s Armed Forces.” As a jiu jitsu competitor, Randy has always inspired me, and continues to do so today even in his post-fighting life.

“You have to be true to yourself and remain humble. Whether you win or lose, you’ve got to treat everyone the same, and be who you are.”

Three-time Canadian Athlete of the Year

The Most Accomplished Fighter in MMA History According to Fight Matrix 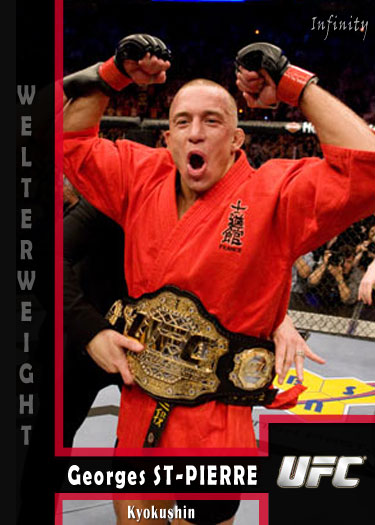 Some simply call Georges St-Pierre an MMA legend, while others consider the Canadian fighter to be perhaps the greatest mixed martial arts fighter ever. No matter where you sit on that spectrum, the stats don’t lie, and Georges inspired future fighters all throughout his fighting days, which officially (albeit temporarily) ended in late 2013.

He did briefly, and triumphantly I might add, return to fighting nearly four years later, in November 2017, defeating Michael Bisping to win the Middleweight title.

According to Wikipedia’s entry on Georges St-Pierre, “he was ranked as the #1 welterweight in the world for several years by Sherdog and numerous other publications…” and “in 2008, 2009 and 2010 he was named the Canadian Athlete of the Year by Rogers Sportsnet.”

Last but certainly not least, Fight Matrix not only calls Georges the top MMA welterweight of all time, they also consider him to be “the most accomplished fighter in MMA history!”

“As Aristotle wrote a long, long time ago, and I’m paraphrasing here, the goal is to avoid mediocrity by being prepared to try something and either failing miserably or triumphing grandly. Mediocrity is not about failing, and it’s the opposite of doing. Mediocrity, in other words, is about not trying. The reason is achingly simple, and I know you’ve heard it a thousand times before: what doesn’t kill you makes you stronger.“

More of my favorite athletes here at Billy Crafton Athletes…